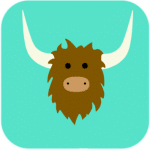 Yik Yak is a popular social media application most commonly used by young adults. The app, available on iOS and Android smartphones, allows users to post anonymous messages to other Yik Yak users within a five mile radius. While this is an entertaining concept for a social media app, Yik Yak is quickly becoming a new avenue for cyber bullying. This is especially true in areas close to schools, where students are anonymously posting hurtful things about other students without the risk of reprisal.

Despite not being able to obtain additional information about a user, the GUID is a unique identifier that allows examiners to correlate various Yaks or messages to a specific user.

The first source of data for Yik Yak can be found in the Cache.db, which stores notification data of Yaks sent by other users along with an assigned status of read, unread, or new.

It is important to note that notifications in Yik Yak can come from a multitude of users and don’t generally represent direct messages or interactions with a specific user. The notifications might have been sent to the user because they were in the same geographical area.

Yaks are the messages that people post to their locale in Yik Yak. Much of this data is stored in a JSON format. iOS devices will store:

One thing that was identified in our testing was a single Yak may be duplicated with multiple poster IDs. We are unsure what creates this, but it appears to be something that Yik Yak does without the individual user interaction. The Yak may also contain a link to a picture if one was included in the Yak. Often times the pictures in the links cannot be viewed outside the application due to a private key stored in the app.

The Yaks also contain the latitude and longitude of the area where the Yak was sent.

Below is a screenshot of the type of data retrieved using Magnet Forensics tools:

Overall, there is a good amount of data to be pulled from iOS devices for Yik Yak. Most of this data is found due to the way iOS stores and caches its data. This causes some issues when attempting to analyze Yik Yak data on Android since the storage methods on an Android device aren’t as robust and limit what data is available to the examiner.

One of the common requests we get for Magnet OUTRIDER is for it to be on a bootable device, so that with powered off machines, you can boot into a secure environment to run the tool (and other tools like Magnet ACQUIRE). Because OUTRIDER is a Windows-based tool, we can’t prepackage it for you on &hellip; <a href="https://www.magnetforensics.com/blog/artifact-profile-yik-yak/">Continued</a>